Schedule a Free Trial
Visual Factories / Manufacturing Insights / Will Humans Become Obsolete in Industry 4.0? – the Workforce of the Future

Will Humans Become Obsolete in Industry 4.0? – the Workforce of the Future 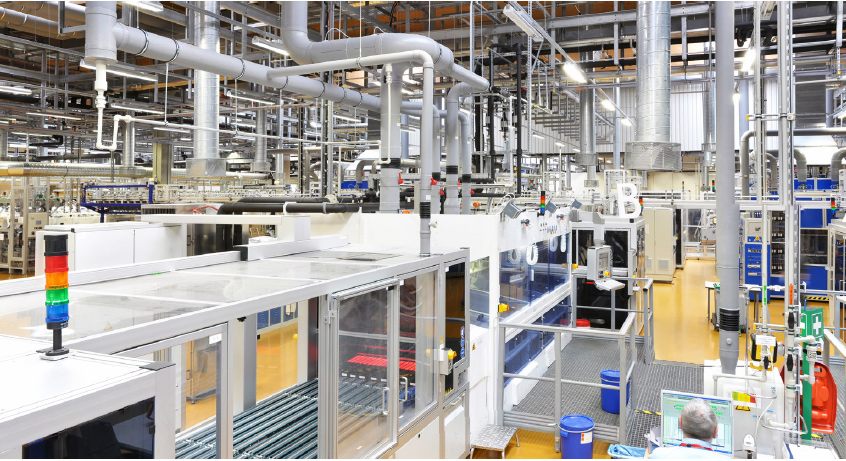 Will Humans Become Obsolete in Industry 4.0? – the Workforce of the Future

“This is Not Your Father’s Manufacturing Job”

The rise of Industry 4.0 and the hype around full automation has led to excitement about the possibilities of decreased costs and increased profits, but also contains an element of fear. Fear of unemployment. If computers will be doing everything, what will happen to all of the people who rely on their jobs in factories to support their families?

According to a 2018 report, this fear is unfounded and, in fact, by 2028 there may be up to 2.4 million unfilled manufacturing jobs in the US. This means that it is not unemployment that will be the problem, but the opposite – there won’t be enough workers to meet the needs of manufacturers.

What Industry 4.0 means for the workforce is not that they as humans will be obsolete, but rather that they need to develop “Skills 4.0” and align their strengths and abilities with the needs of the smart factory.  Typical “blue collar” factory workers will need to become “new collar” workers who are trained in and comfortable with working with new and complex technologies.

Some of that technology does include working with “cobots,” or robots that can work alongside humans.  In this scenario, rather than a robot or machine taking over completely, a person would work together with the robot in order to approve efficiency. For example, the machine could lift and move a heavy item after a person is done working on it.

German economist Klaus Schwab wrote: “In the end, it all comes down to people and values. We need to shape a future that works for all of us by putting people first and empowering them. In its most pessimistic, dehumanized form, the fourth industrial revolution may indeed have the potential to ‘robotize’ humanity and thus to deprive us of our heart and soul.”

As a leader bringing your factory into the new era of Industry 4.0, there are two main areas to think about when it comes to your human capital – who you need to hire and how you should manage them.

Who is the 21st Century Worker?

Each industrial revolution led to a change in the types of skilled workers required for different roles. When traditional farming methods were updated, for example, new roles were created for machinery operators and vehicle drivers. Today, the new roles being created focus on technology development and operation, at all levels and across all departments.

STEM skills will no longer be synonymous with jobs in fancy high-tech offices in big cities. The newer technologies being introduced into factories will require those working in massive plants in more rural areas to have the skills necessary to interact with technology, analyze data, and problem-solve creatively in a dynamic environment.

How to Manage the 21st Century Worker

Whether you hire new employees or guide existing workers on the path towards Industry 4.0, as human beings, all employees want to feel motivated and want to understand and feel ownership over their work. If, as an employer, you focus entirely on the new technology and automation that you can bring to your factory to increase efficiency, but you neglect to consider your human capital, you will see an impact on the system’s performance. Because, after all, someone has to press the button to start the process even if everything is fully automated from there!

As workers see changes happening in the way they are expected to work, they will need to understand the new requirements and also answer the age-old question of “what is in it for me?” As a manager, it is crucial that you engage your employees (whether current or new recruits) in the process as early as possible.

To do this, you must identify and develop those who can be the “change champions” – the employees who are open to innovation and can influence others to readily adapt to the new reality. Offering ongoing training and opportunities for employees to upgrade their skills will also help to ensure that workers are operating at an optimal level while also feeling appreciated and part of the process.

With the combination of Industry 4.0’s advanced technology and the human power that is well-trained and committed to the best use of these technologies, you will be set up for success.

Case study: A word of caution gleaned from Tesla

Tesla’s cutting-edge manufacturing facility in Fremont, California, was touted as the factory of the future. It would be fully-automated and require no human intervention whatsoever. At full capacity, AI-powered robots would handle weekly production of 5,000 Model 3 electric cars to keep up with consumer demand.

The result: : The dream fell flat with Tesla managing to produce only a measly 2,000 vehicles a week. Full automation wasn’t the answer as CEO Elon Musk noted: “the sophisticated robots actually slowed down production instead of speeding it up”.


Lessons Learned: Tesla is just one of many companies to learn of the pitfalls of excessive automation. In HBR’s global study of more than 1,000 companies at the forefront of the AI movement, they discovered that the greatest performance gains are achieved not when machines are used to replace employees, but when they are deployed to work alongside them. “In such collaborative relationships, people help machines become better, and machines enable people to achieve step-level increases in performance”.