US-China Trade Wars, What’s It All About? 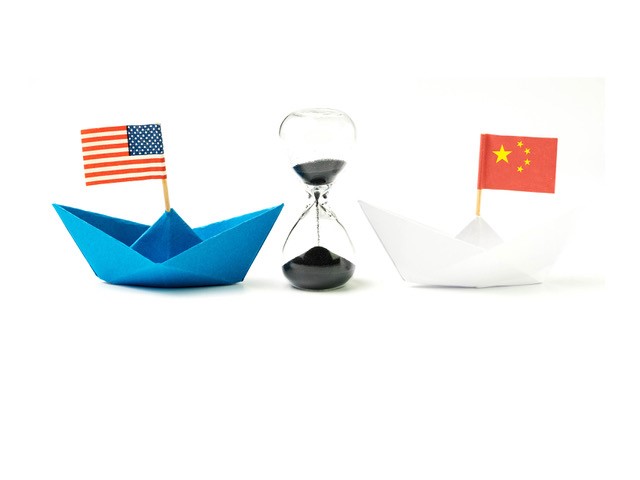 US-China Trade Wars, What’s It All About?


In recent years, the manufacturing world has become dominated by two superpowers, each battling for prime position on the world stage. Dubbed by the media as the “US-China trade wars,” this fierce battle, cannot have escaped the notice of manufacturers across the globe. Billions of dollars worth of goods are traded between the two nations each year, so the stakes are high, and the battle is becoming fierce.


Since 2018, the United States government, began imposing sweeping tariffs on some $34 billion worth of imported Chinese goods. Taxable include aircraft parts, electrical goods, and some medical devices. The problem, for those watching the news and trying to keep up with what’s going on, is that the rules keep changing. As we stand today, the US government continues to threaten new tariffs while China responds with its own punitive measures. Manufacturers in the United States are unsure whether these tariffs will ultimately benefit or harm them, and it’s all very confusing.


Let’s take a quick look at the background to the trade wars and consider the ramifications for the Western manufacturer – both good and bad.


In recent years, China has emerged as an undisputed manufacturing giant and has become the United States’ largest supplier of imported goods. In 2018 alone, a total of $659.8 billion worth of goods were traded between the US and China. This figure was a significant increase over previous years and, until the current US government stepped in to change things, this trend looked to be climbing rapidly and steeply upwards.


To appreciate the sheer scope of these imports here is a rundown of the top import categories and their value to the US economy as of 2018 according to the office of the United States Trade Representatives:


It should be noted that agricultural imports from China – including processed fruit and vegetables, snack foods, and spices – are also a massive part of the sector, although not within the scope of this book.


What’s All The Fuss About?


Effectively, the China-United States trade war described an ongoing economic conflict between two of the world’s largest economies. In 2018 the US government turned its attention with grave concern to the trade deficit between the US and China. The trade deficit refers to a discrepancy between the volume of goods passing between China and the States.


In 2018, imported goods (from China) totaled $539.5 billion while exported (to China) totaled $120.3 billion. This means that more goods are imported from China into the United States than are exported from the US to China, resulting in a trade deficit of  $419.2 billion in 2018. And this has been a pattern now for several years.


In an attempt to try and redress the balance and protect the interests of US manufacturers, the US administration introduced a series of tariffs and trade barriers on China in 2018. The aim of these was to force China to make changes to what the US government called “unfair trade practices,” most notably:


●      Intellectual property Issues – Chinese manufacturers can make products similar to those produced by Western manufacturers but at a much lower cost. In doing so, they effectively blow more expensive manufacturers out of the water. Some even accuse Chinese factories of counterfeiting their products, although these claims are not substantiated.


●     The price of transferring American technology to China – In order to gain access to the large and highly lucrative Chinese market, foreign businesses are sometimes asked to share their manufacturing processes leaving themselves open to counterfeiters.


The idea behind the trade tariffs was not only to reduce the US trade deficit but also to promote local domestic manufacturing, giving products manufactured in America a chance to compete with cheaper Chinese versions. Whether the tariffs have succeeded in their intended aim or not is the subject of much controversy. Many economists and politicians disagree about whether the trade deficit in the United States is even a problem at all.  Even amongst those economists who are concerned about the trade deficit, there are many who argue that imposing tariffs is not the solution. Let’s take a more in-depth look at the facts.


The Lay Of The Land


It is hard to discuss tariffs that are changing as rapidly as we can write this all down. The most recent and relevant events are as follows:


●      Christmas Delay – Tariffs that were due to be slapped onto an additional $160 billion worth of goods – including computers, smartphones, and various toys – were delayed until December 15, due to the highly-lucrative Christmas shopping season.


●      Early January 2020 – The US government calls off plans for tariff increases on Chinese goods, claiming progress is being made on a new trade deal with China. The US government announces that a promising phase one deal will soon be signed in Washington in the presence of “high-level representatives” from China.


●      Some time in 2020 – A phase two China-US trade deal is expected to be signed at some point in 2020 in Beijing, according to a recent “tweet” by President Trump. Details of the deal are not yet public, but rumors say that China has promised to increase purchases of US agricultural products and boost intellectual property protection, while the US will roll back some tariffs.


If you operate your factory in an industry where these tariffs have a significant impact, it is worth keeping your eyes glued to the press and staying up to date. Things keep shifting; however, recent events suggest that more favorable deals are on the way – although no one knows for sure. In the meantime, damage has been done, and manufacturers in the United States and further afield are sadly the casualties of this war.


The Dark Side Of The Trade War


While the intention behind the tariffs was to support and bolster US manufacturing, the opposite seems to be true. According to a recent study by the US Federal Reserve Board, the new tariffs have done more damage than good to the US manufacturing scene.


The study, which attempted a comprehensive analysis of the tariffs’ effects on manufacturing, looks at three main variables:

●      How much protection US manufacturers received against foreign imports

●      The additional costs of materials needed to make their goods

●      How much the retaliatory tariffs (from China) reduced their competitiveness in the markets they export to.


While different industries have been affected to varying degrees, the overall picture is bleak.


The reality is that the tariffs, rather than creating new jobs for Americans in the manufacturing sector, have led to fewer jobs. Additionally, manufacturing activity in the US has been plagued by subsequent rising costs of raw materials as well as by retaliatory tariffs imposed by China on American imports.


An article published in the New York Times on January 3, 2020, stated that American manufacturing activity has “contracted last month more than it had in a decade.” The data highlights significant levels of economic damage due to these trade wars. Such damage may linger on, even if the United States and China can agree on a mutually-beneficial solution and sign a trade deal.


Among the hardest hit are producers of magnetic and optical media, leather goods, aluminum sheet, iron and steel, and automakers. Rising costs of raw material ripple out to affect multiple industries as well, however.


New tariffs imposed on aluminum and steel accounted for 17.6% rise in costs for makers of aluminum sheet, and an 8.4% rise in costs for those making steel products. In most cases, the hike in prices of raw materials has completely negated any competitive edge that the US Government’s measures were supposed to bring. Even worse, those industries most exposed to tariff increases have experienced a related decline in employment.


Weighing it all up, the authors of the US Federal Reserve Board study wrote, “We find the impact from the traditional import protection channel is completely offset in the short-run by reduced competitiveness from retaliation and higher costs in downstream industries.” They also correctly point out that, in a world of globally interconnected supply chains, boosting the domestic manufacturing capacity is no simple matter.


What does all this mean for you?


As a manufacturer, you may already have suffered losses, or you may fear an uncertain and unpredictable future. You are not alone. Manufacturers across the board and large companies and retailers are already looking into contingency plans with vast numbers considering pulling their manufacturing operations out of China.


Is it too soon to jump ship on China? No one knows for sure where this is headed. What is certain, is that the war is not over yet. The safest course of action is to keep your options open. Begin to explore alternatives to China while keeping an eye on the latest developments with the trade wars.  Moving your entire manufacturing operation to another country is not a small matter, so take your time, explore all options carefully and stay informed.

Look out for our next blog post where we discuss in more depth the issue of pulling out of China.